Water leaking under a driveway fixed (without cutting concrete!) Is there a burst water pipe under my driveway?

We were recently called to a home who’s owner suspected a water leak under their driveway. Michael in Worongary noticed moisture starting to appear on the lawn beside his garage. Over the next few days the moisture spread across to the other side of the driveway, along the side of the house and water had started to trickle into the storm water drain at the roadside curb.

When we arrived there was little doubt whether there was a leak. Michael’s water meter was ticking over while there was no water being used in the house and all the other obvious signs were present. The main issue we faced was identifying the source of the water leak. Due to the wide spread nature of the where the water was presenting and proximity to the concrete driveway we opted for leak detection to narrow down the likely locations of the water leak.

Burst pipes under a lawn or garden are normally straight forward and quite often apart from some fresh mulch or some new turf being rolled over the repair most people wouldn’t notice that a repair has taken place once the excess water dries. Unfortunately for our friendly home owner our search narrowed down the leak location to underneath Michael’s painted driveway.

Under concrete repairs can be a little more tricky, the concrete makes precision leak detection more difficult, concrete requires cutting and removal and our work area is often constrained by concrete as we try to minimise the amount of concrete cutting and disturbance to our customers property.

Michael was really proud of his home, his garden and lawns were pristine, his driveway was painted and looked great and we really wanted to keep them that way.

Repair options for water leaking under a driveway.

We had two solutions to present to Michael for the repair of this water leak;

Option 01 was to cut a section of Michael’s driveway, make the repair and pour new concrete to repair the driveway. (The new section of concrete would require painting to match the existing drive at extra cost to Michael and there was the possibility for another leak in the future from the old section of pipe.)

Option 02 was to cut a narrow trench across the driveway and replace the pipe entirely. (This would ensure that there would be no further leaks from the pipe under the driveway in the future.)

Both options had various pro’s and con’s; longevity of the repair, disturbance of the driveway and budget were all considerations in the decision, but all ultimately led to cutting the concrete in the driveway.

After taking some measurements and making an assumption on the whereabouts of pipework we identified a third option and thankfully this didn’t involve cutting the driveway at all. For this repair we thought we were going to be able to expose the leaking pipe at either side of the driveway and insert a new copper pipe into the old damaged poly pipe. 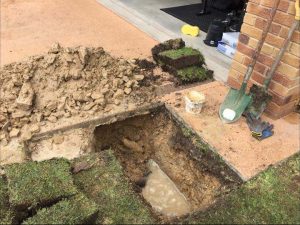 Exposing the water pipe under driveway

We were going to entirely replace the damaged section of the pipe which would make the repair last for many decades and by sleeving the new pipe inside of the old pipe it would be protected from the rocks which had caused the old pipe to burst.

Michael liked this option, it ticked all the boxes and could be executed at a reasonable price.

There was a lot of digging required to expose either end of the pipe on either side of the driveway, we had to weld two copper pipes together and pressure test the welds before installing the pipe and we needed to install special connections to join the new copper pipe to the existing poly pipe supplying the house before the repair was complete.

The repair was completed, Michael and his family were happy and you can read Michael’s daughters review on our Google review page, just scroll the bottom of our website and follow the link to Google. 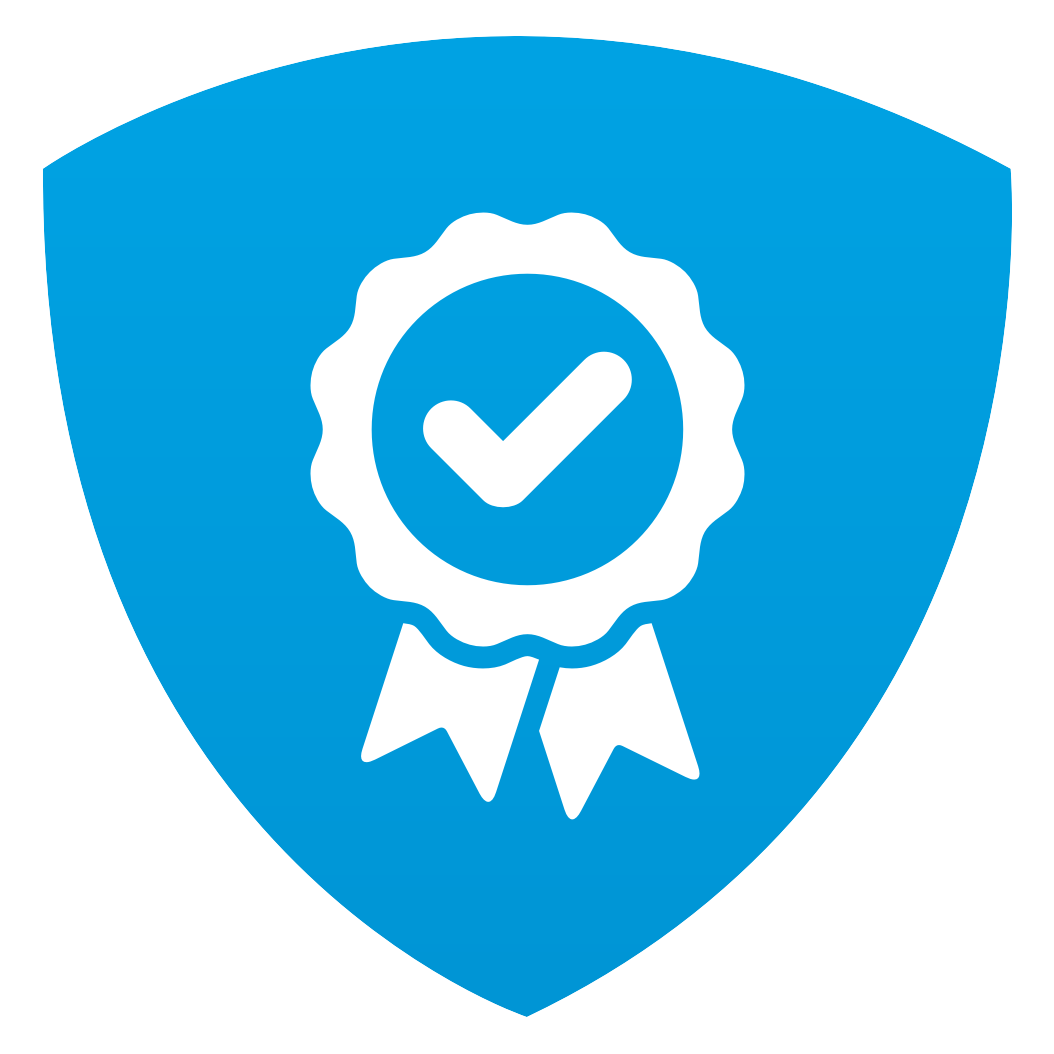